This three-part series explains Sedlak’s work in support of the Antarctic Infrastructure Modernization for Science (AIMS) project of the U.S. Antarctic Program (USAP) to redesign and reconstruct McMurdo Station on Ross Island, Antarctica. Sedlak’s focus is on optimizing the warehousing facilities and processes. Parts 1 and 2 provided an overview of McMurdo and warehousing and logistics challenges at the station. Part 3 describes Sedlak’s approach and solution development.

“It became evident very quickly what the answers were going to be,” Sedlak manager Dennis Heppner says. “Strictly from a storage perspective, there was nothing we hadn’t seen before.”

In support of the AIMS project and the master reconstruction plan for McMurdo Station, Sedlak was engaged to validate space requirements for the planned consolidated services center, evaluate material handling concepts and levels of automation, and make recommendations to optimize material process flow, management and storage. “Every dollar they don’t have to put into supply chain and logistics can go into the science, and that’s what they want to do,” Heppner says.

Sedlak’s process began with a 10-day discovery visit to the station to interview operations personnel, and observe and document challenges (see Part 2). This was followed by a high-level data analysis. “They weren’t able to provide a lot of data,” Heppner says, “but they did provide an inventory snapshot, on which we based many of our calculations.”

With a lack of accurate cube data (length x width x height by item), the team categorized items by size (small, medium, large) and type/location (i.e., work center). This enabled each item to be assigned to an appropriate storage media. Large items were assigned to pallet rack, medium to decked rack and small to Speedcell.

“What we did there is not unlike what we do with a lot of clients,” Heppner says. “We go in, find opportunities to improve, analyze the data, interview people, assess the current  conditions, ask questions about how the business is going to change, and then identify concepts that make the most sense given the constraints – whether it’s budget constraints or space constraints or whatever it might be.” 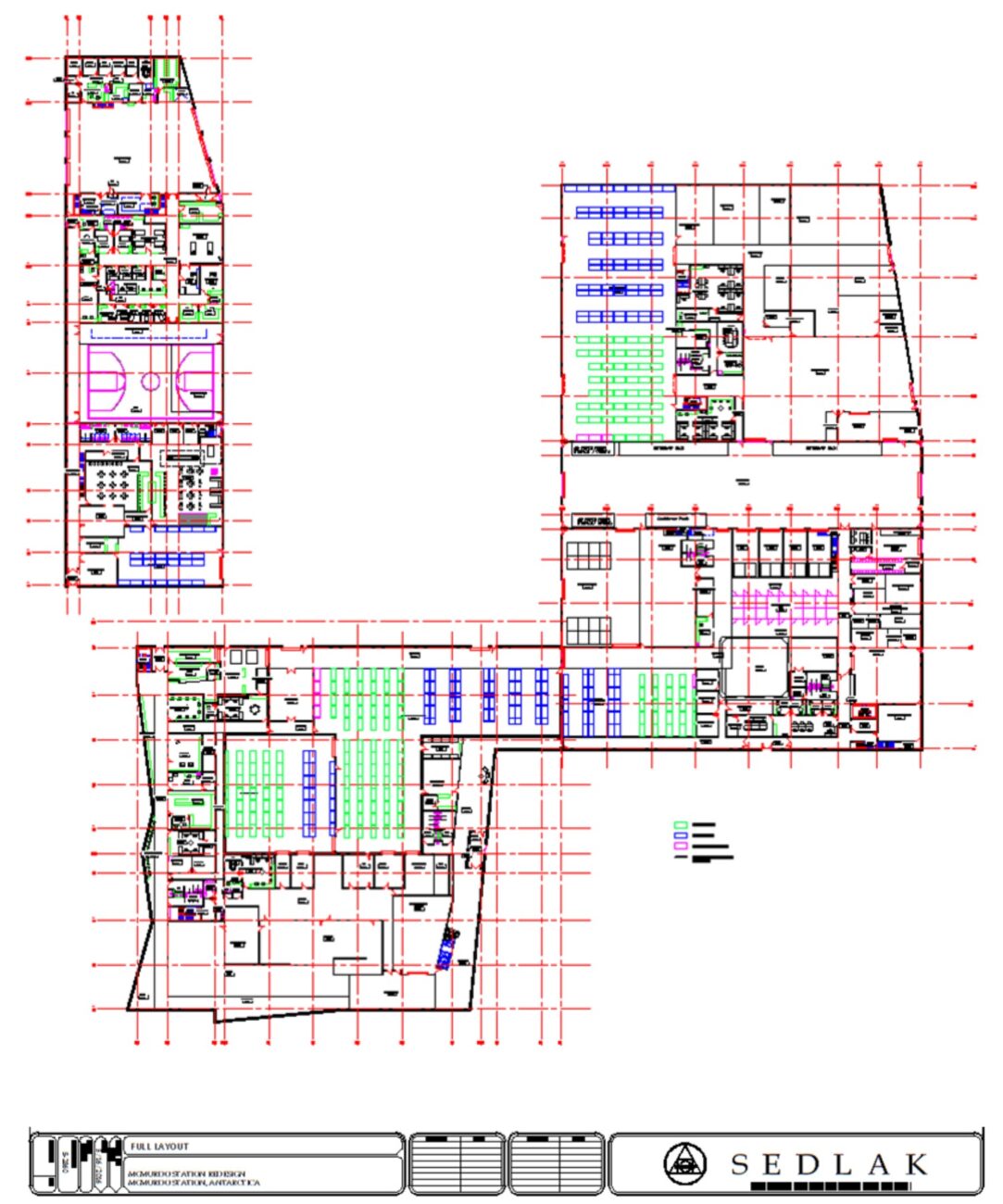 One difference in the McMurdo case was that the Sedlak team was not able to define the new storage footprint. That was predetermined by the architecture firm tasked with redesigning the entire station for the master plan. The architects based the footprint partly on their own modeling and partly on the AIMS goal to transform McMurdo to “reflect U.S. stature in the international community and the NSF as a premier scientific organization.”

“Basically they said, ‘This is the warehouse space – how best should we use it?’” Heppner explains.

The final footprint consists of three primary warehouses located in a U-shaped building to be constructed around the existing dormitory/galley building, which will eventually be demolished to make room for a central receiving area.

“The three-building configuration is not as efficient as we would like, but there are reasons for it – the terrain, the building’s appearance, how the phased construction will proceed,” Heppner says. “There’s a tremendous amount of planning that has to go into the rebuild, because they have to continue the science, they have to feed and house all the workers involved in the construction of the new station, and supply all the construction equipment and materials.” Construction will also be phased over several seasons because until the buildings are fully enclosed, the crews can only work during the summer months.

The Sedlak team took two different approaches to the overall storage requirements and confirmed the architects’ calculations for the footprint. Based on the data analysis, they evaluated concepts ranging from fully manual to highly automated. Although high automation typically requires less space and labor, the team recognized that the higher capital investment and greater risk of maintenance and repair in such a remote location would be prohibitive.

“We included very little in terms of automation,” Sedlak consultant Shawn Sedlak says, “but what we did include was done with two things in mind. First, they need to maximize space utilization in the new building. Second, and most importantly, they need to have reliable solutions that can be serviced easily by the personnel on the site. A highly automated system just would not make sense on the chance it could break down.” In a similar vein, there are no elevators anywhere on the station because it could take half a day or more to bring in a repair person and no one wanted to risk someone being trapped inside. 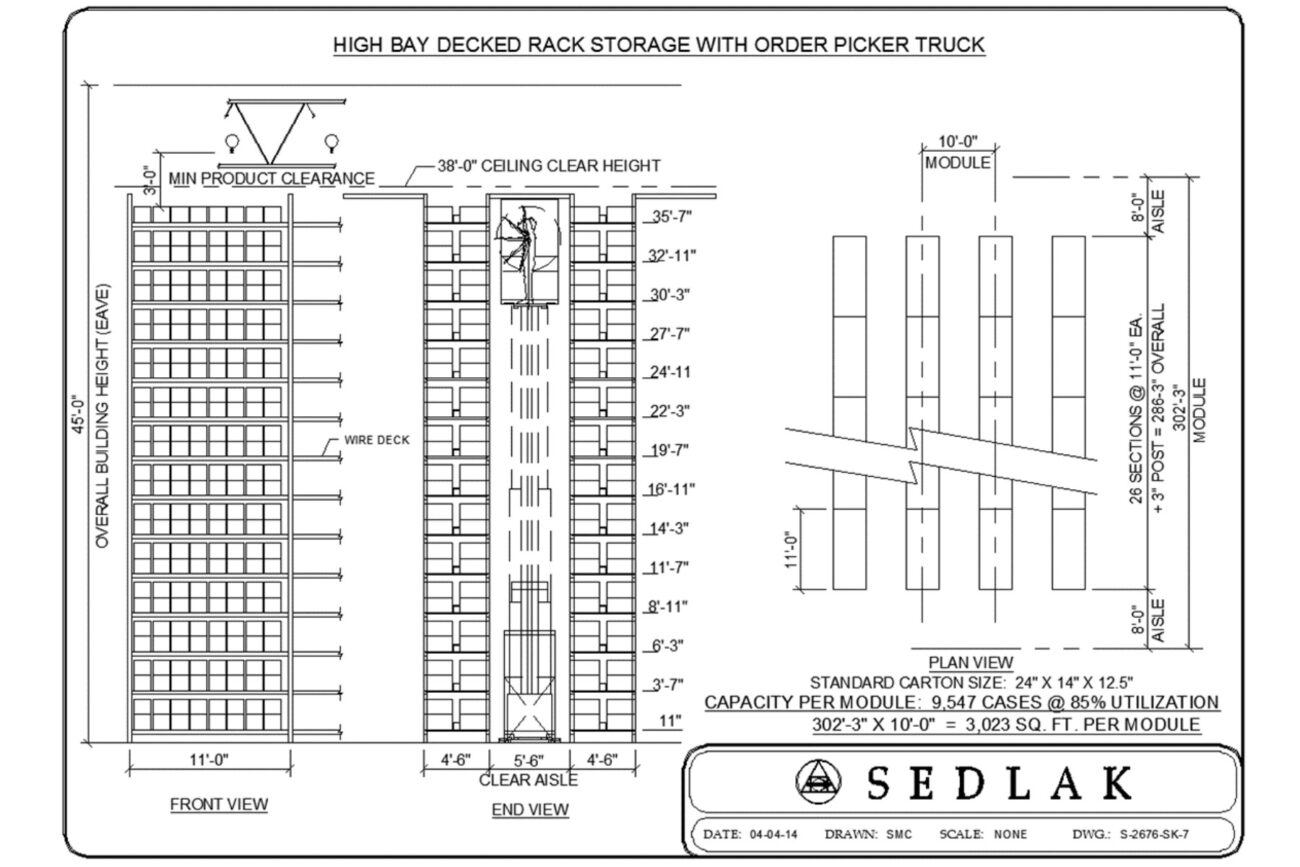 The team’s preliminary discussion provided an overview of potential concepts, along with the pros and cons of each to ascertain the comfort level with various levels of automation. This eliminated some concepts, like mini-load and ASRS, and led to a semi-automated solution that included Speedcell for small items and a monorail to take advantage of a 30’ clear height to store field support equipment such as tents, mountaineering gear and backpacks.

The team refined the solution based on the discussion and added a rough order of magnitude on costs and mobile equipment requirements. Staffing estimates for peak vs. nonpeak were calculated based on the ebb and flow of personnel during the seasons.

Sedlak’s team also recommended implementation of a warehouse management system (WMS) on the station to track inventory. “Most items come on station with barcodes on them, but they aren’t used for receiving,” Heppner says. This is due to some apprehension on the part of station staff to use and trust technology.

“Some people said, ‘We can’t do it that way,’” Heppner says. “They never worked in warehousing anyplace else and we found a little bit of a mindset of territorialism and control. Others, however, are ready for change.

A WMS would enable inventory tracking not only on the station, but all the way upstream to California, where the supply vessel originates, and to the individual suppliers. “That would go a long way toward alleviating the ‘inventory everywhere’ situation they have now,” Heppner says.

The preliminary report was well received by the project team that included representatives from the National Science Foundation, the U.S. Antarctic Program, the architecture firm, and the operations and engineering contractors.

“Although we only addressed the warehousing portion of the plan, those areas are going to be absolutely vital to keeping the station – and the science – thriving,” Sedlak says. “The architects, the operations personnel…they are great at what they do, but they don’t understand this aspect of the project the way we do. Our work has had a huge impact on their planning process.”

Sedlak’s designs and recommendations have been incorporated into the architecture firm’s 35 percent design, which allows the program to be sent to Congress for funding. Once the design is finalized and funded, a design/build firm will be contracted. Construction is targeted to begin in 2018 with completion by 2022.

In the meantime, Sedlak is assisting with product flow and process improvements farther up the supply chain through Christchurch and stateside in California.

“We looked at some of the issues during our site visit and realized they could so easily be fixed upstream,” Heppner says. The team has plans to visit the port in December to conduct an operations assessment.

With such important research going on in Antarctica, the Sedlak team was impressed not only with how the station manages to continue to support the science, but also with the ambitious plan to modernize the facilities and operations. Heppner, for one, is excited to see the master plan come to fruition.

“I give them credit for reaching out and hiring true experts to do this and do it right instead of just thinking the contractor could throw up some rack here and there,” he says. “The latest designs I’ve seen – this place is going to be really cool. I’d love to go back down there in five years or so and see it. I’d love to go down each of the next five summers to see it get built. As a geek logistician – I’m fascinated by how they’re going to pull this off.”

For over 60 years Sedlak has developed independent and innovative supply chain solutions to companies across industries and around the world. We specialize in distribution and logistics with experts who deliver actionable solutions that bring meaningful results. If you would like to learn more about how Sedlak can help your business, fill out the contact form below. 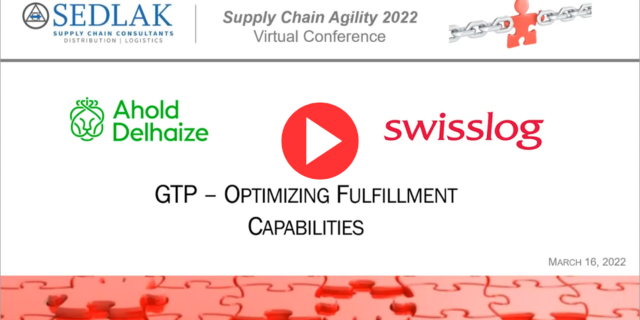